“Traditional healing systems like classical Chinese medicine and Ayurvedic medicine have always used diet as the basis for creating balance and wellness or for treating disease,” said Dr. Gordon Saxe, Director of the UCSD Center for Integrative Nutrition. “It’s only in the past 100 years or so that pharmaceuticals have come to replace food as medicine in public discourse and in the minds of most people.” 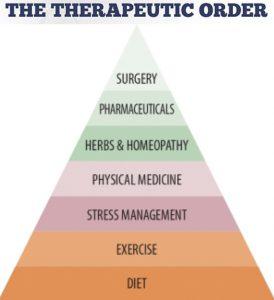 The concept of diet and lifestyle as the foundation of health is known as the “therapeutic order,” which begins with minimally invasive therapies but does not rule out more invasive chemical treatments. This approach governs the clinical decision-making of naturopathic doctors who emphasize prevention and treatment that encourage an individual’s inherent self-healing capabilities.

“The therapeutic order recognizes that we may need to use invasive treatments to stabilize the situation and prevent mortality, but too often we ‘cut butter with a chainsaw,’” said Dr. Saxe. “Not every medical situation is an emergency and most health problems can be prevented or treated using food as medicine.”

Two panelists illustrated this point with their own personal stories: 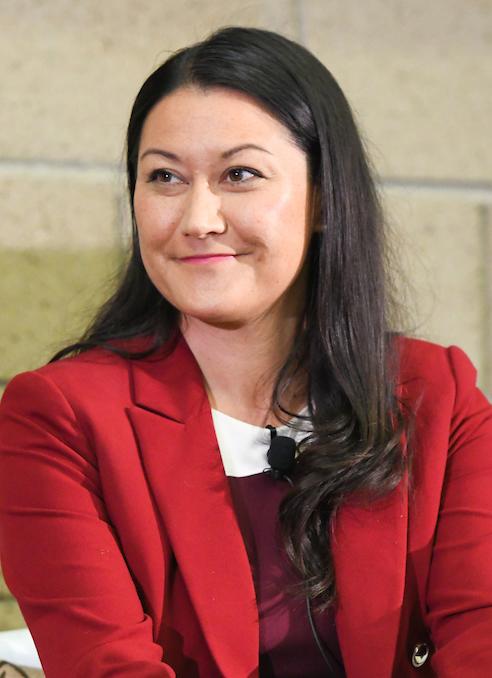 Zen Honeycutt, Founder and Director of Moms Across America, asked her sons to commit to a temporary diet of strictly organic food after they had life-threatening allergic reactions to gluten and nuts. Additionally, one of her sons had a sudden onset of autism symptoms when he was 8 years old. Since he was her only son who was eating gluten at the time, their doctor tested his urine for fungus and bacteria because bad gut bacteria can cause inflammation in the brain and lead to behavioral issues.

“That’s what glyphosate does, which is used in Roundup,” says Honeycutt, a passionate non-GMO activist. “Glyphosate is sprayed on non-organic food, including wheat, as a drying agent and does not wash off. His glyphosate level was eight times higher than that of people in Europe,” which has a stricter policy than the U.S. around the use of the herbicide.

After six weeks on an organic diet supplemented with probiotics, colloidal silver, no sugar, and a compound antifungal medicine, Honeycutt’s son was tested again. His glyphosate levels were no longer detectable and his autism symptoms were gone. Her other son’s allergy level went from 19 to 0.2 and he no longer has an allergy to nuts. 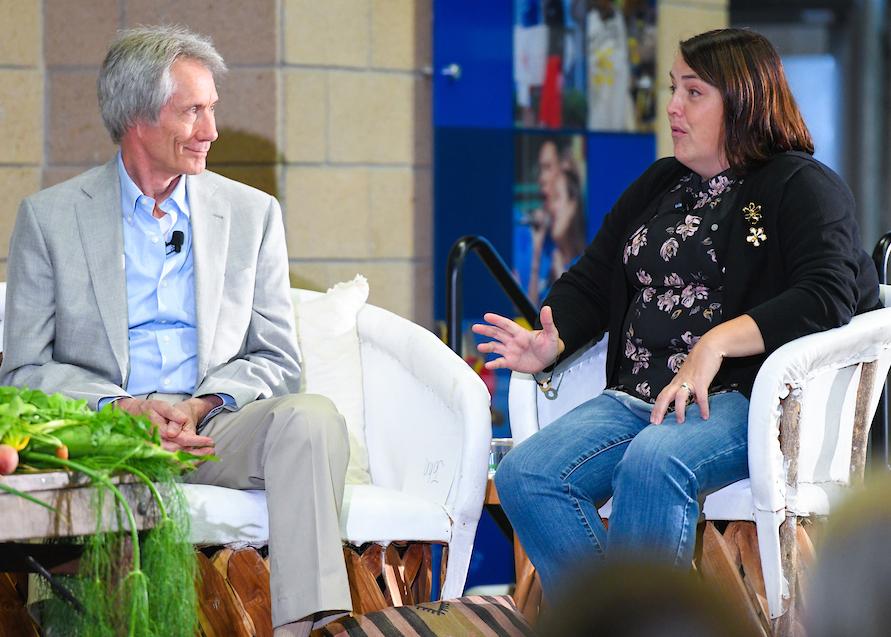 Stepheni Norton, founding partner of Dickinson Farm in National City, never thought she would end up as an urban farmer. While serving in the military, she was bit by a tick and diagnosed with Lyme disease. “In remission, a patient’s bacterial load is less than 200; mine was 27,000,” said Norton. “I was a Petri dish in my tissues, in my bone marrow.”

In order to kill the bacteria, daily medical infusions would wipe out her immune system, but her doctor said the treatment would work better if she ate anti-inflammatory foods. After three months of trying CSA’s and a personal chef, and facing mounting bills, she decided to go vegetarian and grow her own organic food. She soon discovered that pre-WWII heirloom varieties were key to her health and mobility, including being able to eat corn again after modern organic corn caused face tics and seizures.

Norton recently partnered with Chef Christina Ng to launch Farmacy, a weekly meal-delivery service using seasonal, organic, non-GMO, and heirloom ingredients. The program can be tailored to a variety of ailments like diabetes, arthritis, Lyme, celiac, and more.

“The important thing about what Stepheni did with her corn allergy is that she pursued a solution,” said Honeycutt. “She didn’t give up.” 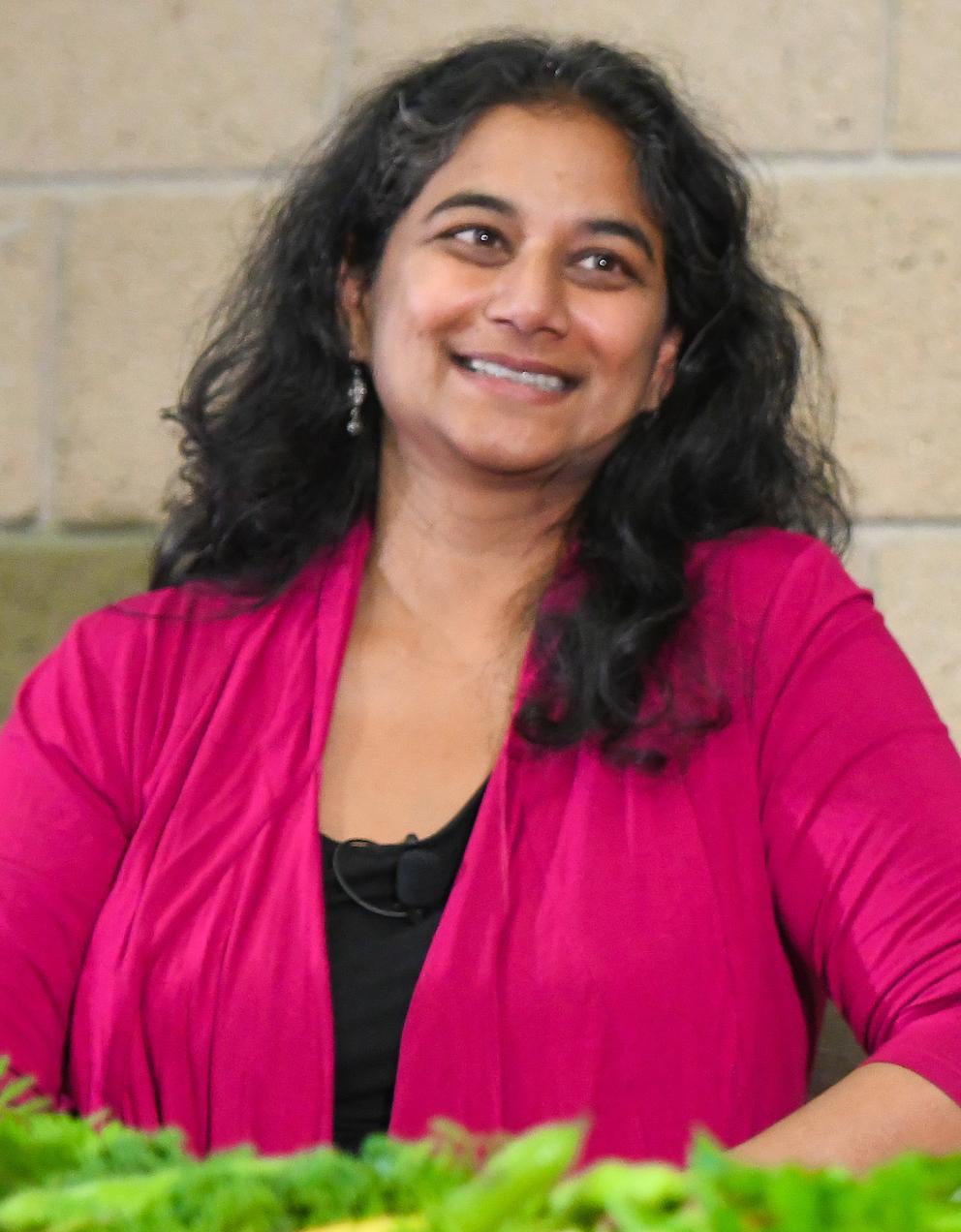 “One of the disservices we do in conventional medicine is to disempower people,” agreed Dr. Sheila Patel of the Chopra Center Mind Body Group. “The worst thing you can tell a patient is, ‘This is what’s going to happen, so you must take this medicine.’ But if you change your diet you can shift that trajectory and the path doesn’t have to look like that. Our body is constantly changing and every choice we make affects that change. It’s a dynamic process. One bite of food can shift your gene expression.”

Dr. John Fagan elaborated on gene expressions and how food has a direct effect on how our genes behave. As Chief Scientist and CEO at the Health Research Institute, he leads testing on toxins in foods to allow consumers to make informed choices and let the market encourage farmers to adopt regenerative practices. “If you eat a Cinnabon, there are genes in your liver that will be turned on immediately, and you will produce enzymes having to do with glycogen and fat in order to process that Cinnabon,” said Fagan. “But this creates a future path for your gene functioning long term, and these changes can be inherited, affecting your children’s diet.”

“The encouraging thing,” added moderator Michelle Ciccarelli Lerach, “is that the choice to change that trajectory can happen as soon as the next meal.”

“Yes,” agreed Honeycutt. “There was a study of a family in Sweden who began eating organic food and within one week 90% of the pesticides in their systems were reduced and 100% were eliminated in two weeks.”

“We have a profound ability to change our health,” said Dr. Saxe. “We see changes in the pattern of the gut microbiome within days. The most foundational thing you can do is build up the digestive fire, or ‘put the fire into the food,’ essentially pre-digesting the food before it enters the system.”

“This is true of fermenting and sprouting as well,” added Lerach. “Pre-digesting the food makes it easier for your body to assimilate.”

Honeycutt chimed in that her children have gotten used to eating sauerkraut every night with dinner. Just one spoonful of sauerkraut contains a trillion beneficial bacteria.

“At the Gerson Institute, the food is cooked slow and low and waterless and a lot of people experience it as being mushy, but it’s along the lines of how we assimilate the food, as a pre-digestion,” said Anita Wilson, Executive Director of the Gerson Institute.

Dr. Max Gerson developed a therapy in the 1930’s to treat his migraines, and it is now used to treat degenerative diseases like diabetes and cancer. The Gerson Therapy activates the body’s ability to heal itself through an organic plant-based diet, raw juices, coffee enemas, and natural supplements. It floods the body with nutrients from up to 20 pounds of organically grown fruits and vegetables, mostly as fresh raw juice up to 13 times per day. The Gerson Therapy also uses intensive detoxification to eliminate wastes, regenerate the liver, reactivate the immune system and restore the body’s essential defenses: enzyme, mineral, and hormone systems.

“You can eat all the healthy food you want but your body must be in a position to absorb the micronutrients,” added Dr. Patel, whose specialty in Ayurvedic medicine strongly emphasizes the importance of digestion. Her recommendations include managing stress with meditation, yoga, or deep breathing; eating a whole food, plant-based diet with healthy spices like turmeric, cumin, and fresh ginger that have anti-inflammatory effects and activate our digestive enzymes; eating our largest meal at lunch, and most of our calories before 3pm, when digestion is strongest; and maintaining a diverse microbiome through a variety of local and seasonal foods. 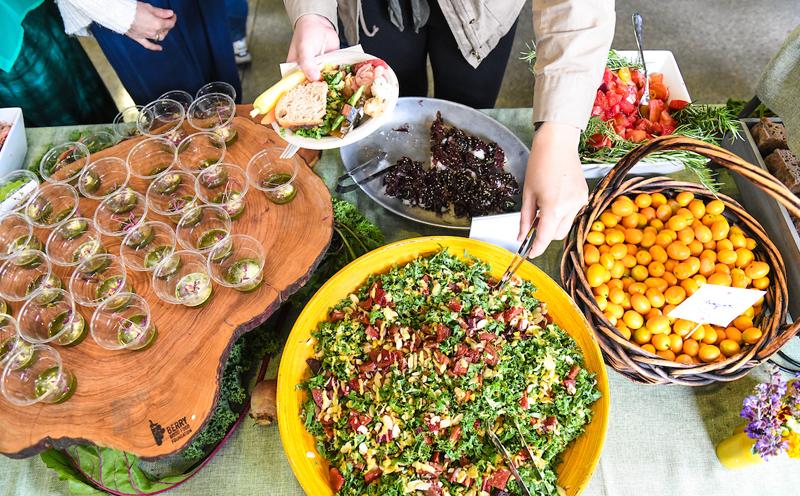 In closing, Lerach quoted something her husband often says: “’Never let the perfect be the enemy of the good enough.’ We have to take the steps that we are ready and able to make and hopefully we’re headed on the right trajectory. We’re all doing the best we can.”

Editor’s note: A portion of the quotes and additional information included here was obtained from the panelists post-discussion and was not necessarily stated during the filmed event.

“Let Food Be Thy Medicine” panelists: 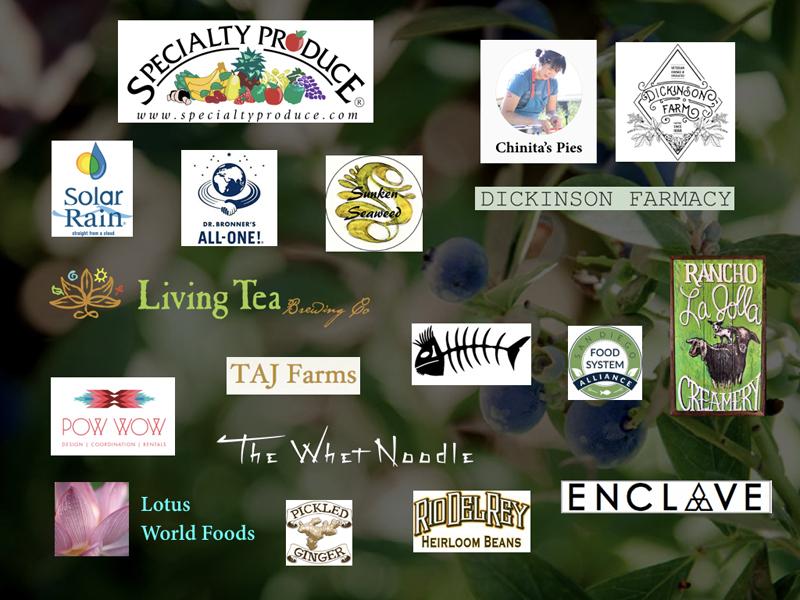 Watch video of the “Let Food Be Thy Medicine’” panel on UCTV.

Catch up on all of our Future Thought Leaders panel discussions here.