For the second year in a row, the Berry Good Food Foundation and Fast Forward Futures awarded scholarships to outstanding members of San Diego’s sustainable farming and fishing community at the Culinary Icons dinner on November 16th, 2017, at the San Diego Bay Wine + Food Festival.

This year, two awards of $2,000 each were presented to teen farmers Kylie Konyn, and Evan and Caden Maher.  In turn, the recipients were asked to award $500 of that amount to a local farmer of their choice.

Jack Ford of Taj Farms and the BGFF at the Culinary Icons dinner to help present the check to young farmers (from left) Evan Maher, Kylie Konyn, and Caden Maher

At 14 years old, Kylie Konyn is an accomplished fifth generation dairy farmer. Kylie works alongside her family at Frank Konyn Dairy in the San Pasqual Valley, the only working dairy farm within the city limits and one of only three in San Diego County. By selling organic turkeys, milk-fed calves, and grass-fed beef, she has been able to personally finance the growth of her own dairy herd and plans to sell locally-produced milk to the San Diego market. Competing in local and national events, Kylie has received her 4-H Platinum Star, the Breeder of the Future Award, the California Jersey Achievement Award, and the Junior Progressive Breeder award. She is currently considering attending Cornell University or the University of Wisconsin-Madison to continue her studies in Agricultural and Life Sciences. 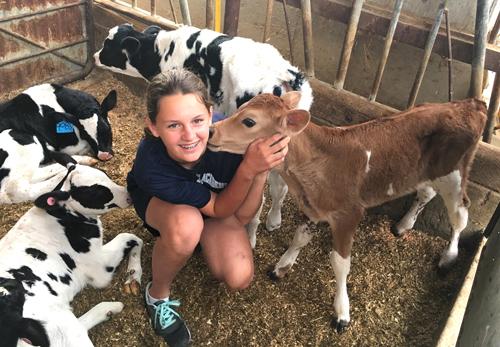 Kylie has decided to give $500 of her award money to the Youth Fund at the San Diego Milk Producers Council. She feels her donation to a fund will benefit several kids at once since Kylie works with mentees from various 4-H groups. 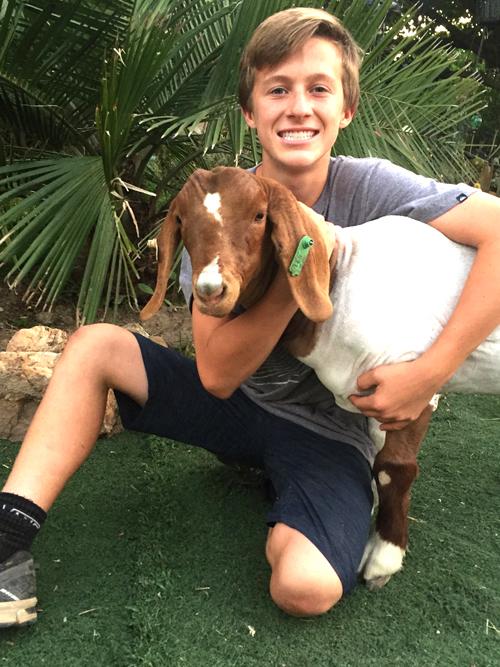 At age 9, Evan Maher became concerned with commercial agricultural practices and wanted to provide his animals with a clean, healthy upbringing and a diet free of additives. Evan, now 15, and his brother Caden, 13, are passionate about breeding and raising various animals—turkeys, goats, pigs, rabbits, chickens—in a responsible manner on their family farm in Valley Center. The highly prized meat has been requested at special dinners by local chefs like Joe Magnanelli of Cucina Urbana and Patrick Ponsaty of 1500 Ocean. Their eggs are distributed weekly by Be Wise Ranch’s CSA program. The brothers are teen leaders at the Valley Center 4-H and work on various community service projects.

Evan and Caden are giving $500 of their award money to Tierra Matthews. She is a senior at Valley Center High School and involved in both 4-H and Future Farmers of America. Evan talked her into raising a steer in addition to a goat and a lamb, and she will be able to use the money to further care for her three animals. Tierra plans to become a large animal veterinarian. 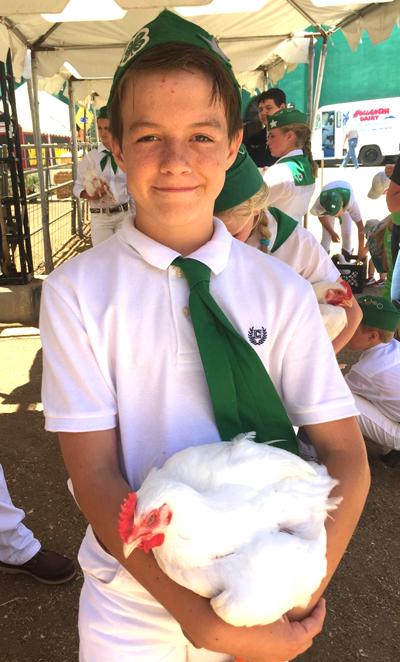 The awards were presented in tandem with the Berry Good Food Foundation’s sixth Future Thought Leaders panel discussion on November 15th at Kitchens for Good.  “Behind ‘Farm to Table’: The Labor of Farming” addressed the challenges of farming, including access to land and capital, regulatory changes, technological advances, and attracting a younger generation much like the award recipients. Free and open to the public, the programs are videotaped by University of California Television (UCTV) and distributed through its networks with a combined total of almost one million views.