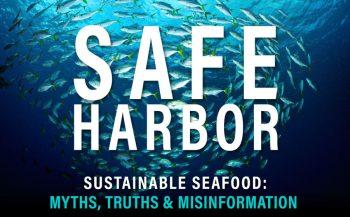 From the 1920’s to the 1970’s San Diego was considered the tuna capital of the world, supplying 90 percent of tuna worldwide. The industry employed tens of thousands of people, many of whom were Portuguese immigrants settling on Point Loma. It was a suitable venue then to hold a discussion about sustainable seafood, the last Future Thought Leaders panel of 2016, at United Portuguese Hall in that same neighborhood.

On November 16th, “Safe Harbor: Myths, Truths & Misinformation”—in correlation with the San Diego Bay Wine + Food Festival—brought together a fifth-generation fisherman, two chefs who lead the industry in sustainability, an aquaculture advocate, a marine biologist, a local seafood entrepreneur, a professor, and a nutritionist (listed in detail below) to discuss the state of our oceans and the types of seafood we’re harvesting, as well as the best choices we can make as consumers. 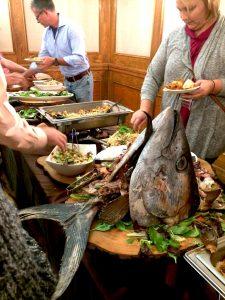 To get an idea of what “sustainable seafood” really means, watch this interview on the CW6 with fishmonger and panelist Tommy Gomes of Catalina Offshore Products and Michelle Lerach, founder of the Berry Good Food Foundation.

Tommy defines sustainability as “the harvesting of healthy stocks in a manner that minimizes the by-catch and does little damage to the habitat, and, if there is a by-catch [unwanted fish inadvertently caught while trying to catch another species], find a market for it rather than just hosing it off the deck.”

Sustainability and preserving our fish stocks also means not just coveting the filet but utilizing the entire fish, and indeed the delicious buffet of food that chefs Isabel Cruz and Davin Waite offered guests before the discussion showcased six different cuts of meat from a single opah, including the head.

Some of the major takeaways from the evening: 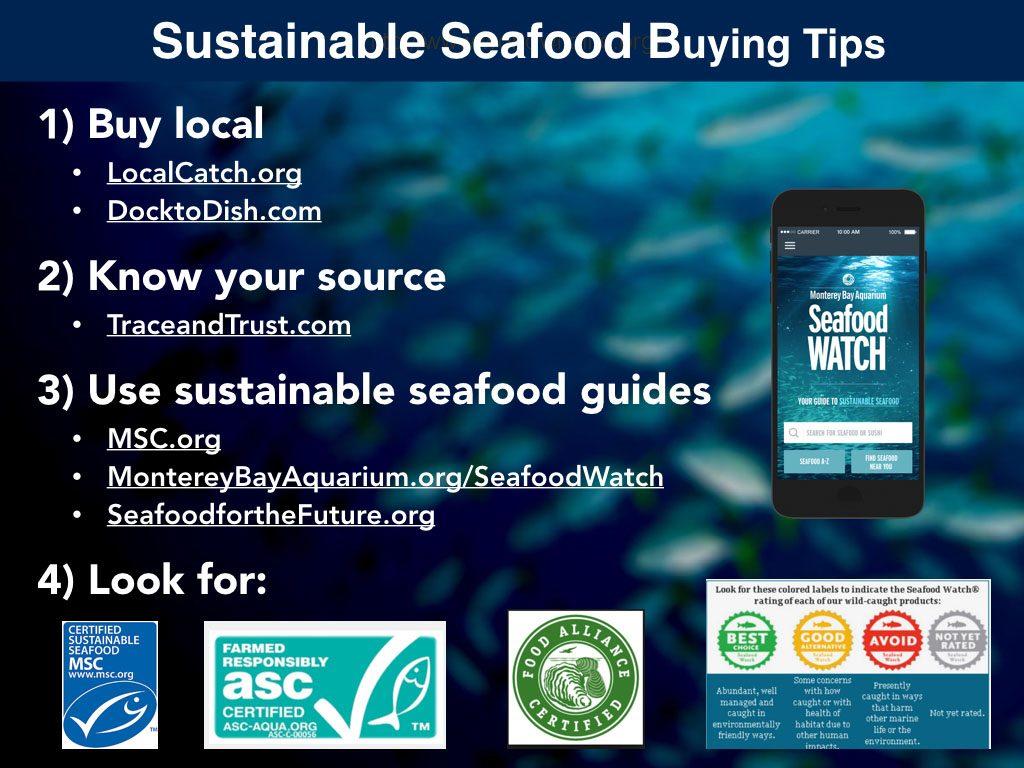 At the end of the discussion, some questions remained among attendees about two issues: fish fraud and fish contamination. 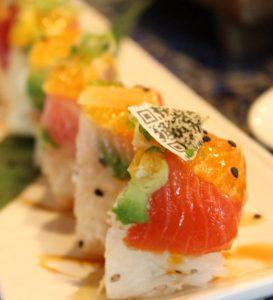 In 2013, 52 percent of seafood in Southern California was mislabeled, 20 percent higher than the national average. Panelist and chef Rob Ruiz, of The Land and Water Company restaurant in Carlsbad, is an outspoken advocate for responsibly sourced, ethically raised, and traceable seafood. Among other achievements, in 2012 Ruiz invented edible QR codes, printed on rice paper, that consumers can scan with their smart phones to understand a fish’s origin.

Obviously, edible QR codes are not yet widely available, but they are a sign of the progress we are making within the industry. As the market continues to catch up to the transparency that consumers are demanding, take the time to research the shops and restaurants you frequent.

Meanwhile, high levels of mercury in many of the fish we enjoy (tuna, swordfish, halibut) made the news a few years ago and we were encouraged to try “smaller fish down the food chain” like sardines, mackerel, and trout. But when shopping for some of your favorite larger fish, Sarah Rathbone of Dock to Dish says to look for “hook and line” or “troll-caught” fish. These are usually younger fish with more omega-3 fatty acids, less mercury, and the process produces no by-catch.

One last encouraging piece of news: Amro Hamdoun, a marine biology professor at UCSD, says we’re just around the corner from being able to test contaminants in the fish we buy for consumption at home. Stay tuned, and stay informed!

Want more? Read the article in the San Diego Union-Tribune about “Safe Harbor.”